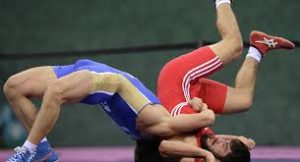 The development of modern struggle in Russia began at the end of the 19th century. Until the 80s she was fond of only single enthusiasts. In 1885, on the initiative of a physician and a great adherent of physical education, Vladislav Kraevsky, a weightlifting club was formed in St. Petersburg, in which they also engaged in wrestling. Over time, wrestling clubs and “weightlifting” societies began to appear in Moscow, and then in other cities. END_OF_DOCUMENT_TOKEN_TO_BE_REPLACED

HISTORY OF SAMBO (part 1)ORIGIN AND DEVELOPMENT OF SAMBO. Sambo is based on the techniques and technical elements of many national types of wrestling of the peoples of the USSR (Uzbek kurash, Georgian chidaoba,…