HISTORY OF SAMBO (part 1)ORIGIN AND DEVELOPMENT OF SAMBO. Sambo is based on the techniques and technical elements of many national types of wrestling of the peoples of the USSR (Uzbek kurash, Georgian chidaoba,… 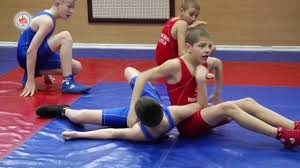 In the Middle Ages, wrestling as a sport ceases to exist. There was no place in the Christian world or in Islamic sport. But the struggle has not lost its applied significance. She belonged to the “7 virtues of a knight.” Wrestling fights were also common among peasants and citizens who were forbidden to carry weapons. The fact that the struggle at that time was popular among the people, is evidenced by monuments of architecture and fine art in different parts of the world. END_OF_DOCUMENT_TOKEN_TO_BE_REPLACED

SAMBO (part 2)DEFINITION OF THE BATTLE WINNER. TECHNICAL SCORES AND QUALIFICATION GOGGLES. The result of the fight may be the victory of one and the defeat of the other fighter or the…