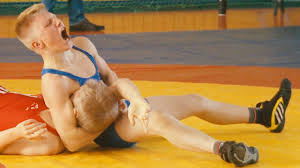 BOXING (part 3)WEIGHT CATEGORIES. They were introduced about two hundred years ago. The currently accepted division into weight categories among amateurs and professionals diverges somewhat. Lovers have 12 categories, professionals have 17…

MARTIAL ARTS, various martial arts and self-defense systems of predominantly East Asian origin; developed mainly as a means of conducting hand-to-hand combat. Currently practiced in many countries around the world mainly in the form of sports exercises that aim at physical and spiritual improvement. Despite the fact that the martial arts initially pursued the goal of self-defense, some of them provide for the use of edged weapons. In this case, the weapon is considered as an “extension of the hand.” There are also martial arts that involve the possession of a specific type of weapon, such as a sword.

JUJUTSU
(jujutsu), the collective name of many areas of Japanese martial art, where strikes, creases, grabs, throws and pain techniques are used to defeat the enemy. Currently, jujitsu in films and books is more common than in life, since only some of its forms (judo and aikido) have transformed into modern sports.

The roots of most Jiu-Jitsu schools go back to ancient times. They acquired modern forms during the reign of the Shogun dynasty of the Tokugawa clan (1603–1867), when warriors began to earn a living by teaching martial arts. See also JAPAN.

In the minds of the Japanese, jiu-jitsu is also associated with the concepts of “magic” and “witchcraft”. The great warriors of antiquity were considered experienced magicians.

JUDO.
Of all the martial arts of East Asia, judo was the first to receive international recognition. It was created by the master Kano Jigoro in the late 19th century. based on one of the schools of ju-jitsu (jujutsu). It was Kano who reformed the battle system known to him and formulated modern judo rules, based on his grabs, creases and throws. In 1882, the training of the so-called judo system Kodokan.

According to Kano’s plan, the new system was to equally contribute to the physical and spiritual improvement of young and old people, men and women. As a means of self-defense, judo combined throws and grabs with punches and kicks to the most vulnerable parts of the enemy’s body. However, later self-defense goals faded into the background, and judo began to play the role of sport. Since 1964, judo has been part of the program of the Olympic Games.

KARATE.
Karate arose on Okinawa based on the Chinese hand-to-hand combat system. Therefore, the karate combat system is closer to Chinese wushu than to Japanese jiu-jitsu schools. At the beginning of the 20th century Master Funakoshi Gitin introduced karate to the whole country, organizing a real “advertising campaign”. Since that time, karate has become part of Japanese culture. In 1964, the All-Japan Karate Federation was created, and this type of struggle spread widely outside of Japan, including in Russia.

AIKIDO.
This system of self-defense was created by the master Morihei Ueshiba (1883–1969) on the basis of one of the trends of jujitsu. Separate aikido techniques were borrowed from the Chinese so-called Wushu. soft styles, where the vector of application of force to the enemy coincides with the direction of movement of the enemy. The fundamental difference between aikido and other types of martial arts is the absence of offensive equipment. The main sequence of actions of a fighter is reduced to capturing the enemy’s hand or wrist, throwing him to the ground and here, using painful technique, completely neutralize him. Aikido movements are usually made in a circular trajectory.

Aikido does not host competitions or championships. Nevertheless, it is very popular as the art of self-defense and the quick incapacitation of the enemy. Like karate and judo, aikido is widespread outside of Japan, including in Russia.

Cando.
Kendo is the art of swordsmanship; an important part of the training of the medieval Japanese warrior, during the Tokugawa dynasty (1603–1867), lay at the heart of all combat training. It was then that modern varieties of training weapons were created (bamboo sword “Sinai” and wooden – “Bokken”), as well as protective sports armor.

During the Meiji era (1868–1912), the caste division of society was destroyed, and the wearing of swords and the teaching of kendo were prohibited. In 1895, after the Sino-Japanese War, the All-Japan Martial Arts Federation was created, which was engaged in the introduction of martial arts in the school course of physical education and the promotion of these arts as components of the national Japanese spirit. During the occupation of Japan after World War II, all martial arts were banned.