PREPARATION OF KARATISTSThe three main components in karate training are kihon, kata and kumite. KIHON - development of basic karate techniques by the method of repeated repetitions. Kata - Complexes of complexly… 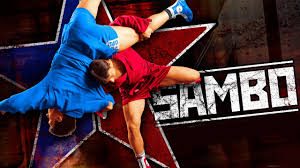 In the 1990s, a split occurred in the sambo world. Several alternative international federations are being created, including the World Sambo Federation (FMS), headed by E. Labrus. In 1993 FIAS was divided into two organizations with identical names. The president of one becomes D. Henson, the other – T. Khorimai (deputy – Russian M. Tikhomirov). As a result of mutual intrigues, sambo is even temporarily excluded from GAISF.

In 1997, the FMS and FIAS merged (T. Khorimai), in the same year the 21st World Championship was held in Russia – under the auspices of the updated Federation. FIAS President becomes M. Tikhomirov. Sambo is again included in the program of the Universiade, World Games, Police Games.

In parallel, FIAS-West operates under the leadership of D. Henson, which holds its World Cup, European Championship and other tournaments.