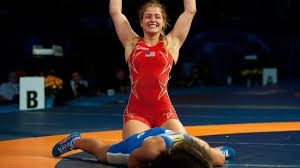 In 1912 an international committee was created to organize wrestling competitions. In 1921, the committee was transformed into the International Amateur Wrestling Federation – FILA. Today, FILA, uniting representatives of the free and Greco-Roman wrestling of 146 countries from five continents, is one of the largest and most influential international sports organizations. Every year, the Federation holds about 100 competitions: world championships and continental championships for different age groups, international tournaments, bilateral meetings of wrestlers from different countries, etc.

The FILA leadership does a lot for the further improvement of wrestling, increasing its entertainment. To this end, the time of the bout is reduced, spectacular high-amplitude throws are rated higher, the activity of the wrestlers is strongly stimulated, and passive behavior on the carpet is resolutely suppressed.

Great assistance is being provided in the cultivation of Greco-Roman and free-style wrestling for the “novice” countries.

AIKIDOAIKIDO, a type of Japanese martial art created from several jujitsu schools; literally - the path ("before") harmony ("ah") of vital energy ("ki"). Aikido differs from other martial arts in…

KICKBOXING (part 2)RULES AND COMPETITIONS. In the beginning, kickboxing rules did not exist as such. Any punches and kicks, sweeps, steps, grabs and throws were allowed. There was also no division into…